Hard to get specifics on this, but here’s what I think I’ve found out. Papaya Mobile, a social game & distribution network, has released a beta of “Social Splash”.

It allows you to package your HTML5 or Flash games into an APK (an Android application). I believe it currently is a browser wrapper, thus using whatever browser is supported on that particular phone. For Flash games, this means never targeting any player version about 11.1 since Adobe has abandoned Flash Player for mobile browsers, unless a manufacturer implements a newer Flash Player version on their particular phone. Once approved, Papaya will then publish this APK to their gaming market.

First, for all the reach HTML/JS/CSS has, you aren’t in the mobile markets. This is where people buy apps/games on mobile. This is yet another option for getting into app markets as well as Papaya’s translation and market maneuvering/placement features… using HTML5 or Flash games. Even if you were to utilize PhoneGap, they’re just a mobile development & deployment technology, unlike Papaya which is a social network + market distribution + translation services.

Second, as far as I know, there previously was no way to utilize Papaya’s social features such as Achievements, Scores, Chat, Leaderboards, and Virtual Currency unless you coded native Android Java or Objective C iOS. Even Corona SDK only gives you access to the high scores and achievements. Now, you can utilize all of them via HTML5 or Flash games. Granted, you could use the Captive Runtime in Adobe AIR to interface their Java JAR with your Flash as another option as a Native Extension, but Papaya has automated it for you.

Build your game, test it, and when ready, upload to their site and it’ll make an APK and eventually approve to the market for you. What I haven’t figured out yet is how you actually access these API’s. There’s references to use “askUserInput” for offloading text input to the SDK vs. using built in Flash TextFields, but I can’t find this in any of the docs I’ve searched. I’ll update this post when I get my hands on some docs/info.

Either way, feels very Android ish (aka simple git-r-done): Upload file on single form == done, which I like. Be nice if this supported AIR eventually, but I reckon they assume you’ll use native extensions, so… maybe it’s already perceived as supported. 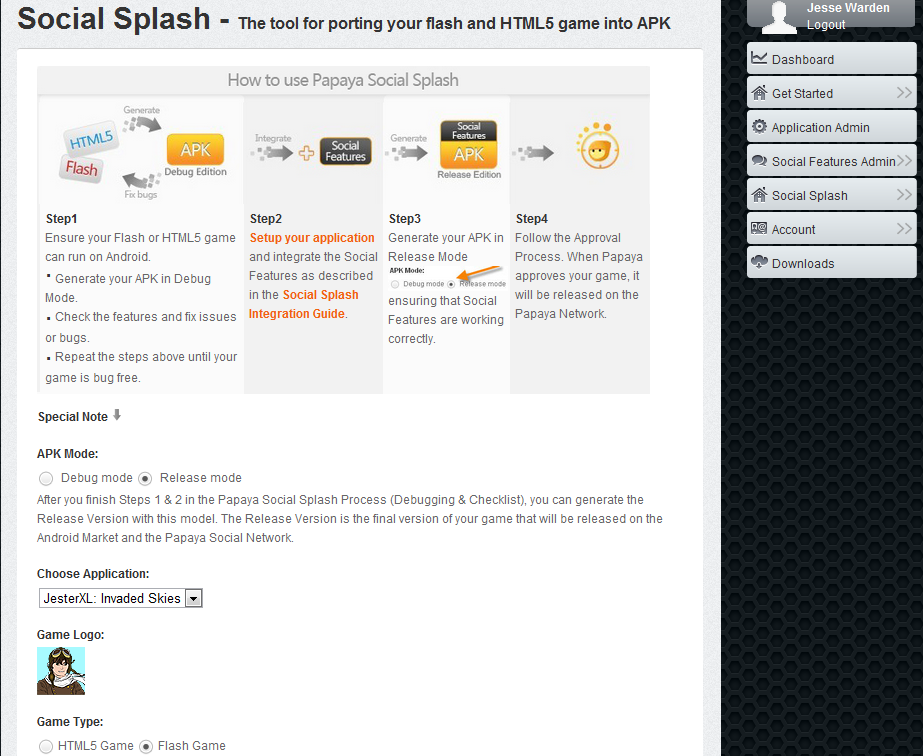