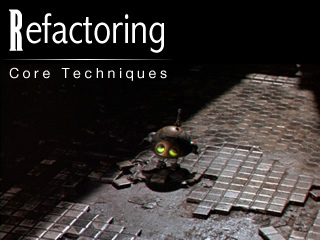 Refactoring is the discipline of applying a multitude of small, low-risk techniques to a code base in order fix and improve it. While corroborated by the software community, employing such techniques in a consulting context can be challenging because people are involved, often in a negative situation.

You need 2 weapons to win the refactoring battle. First, you need to understand what refactoring techniques are at your disposal and how to implement them. Below, I’ve listed the core ones I see needed time and time again. Second, you need to have a plan on how you engage the client company and their employees to allow you to do the first. That’s covered in the next article.

I’ve talked about how you do various parts of these initiatives in previous articles. What I want to talk about today is 1 of the 2 things: The core things you need to be concerned about in refactoring. In the next article we’ll talk about aÂ prioritizedÂ plan you should follow when engaging a client where refactoring is needed. These are aimed at being used in the worst situations, but can provide positive benefits inÂ benignÂ or benevolent situations as well.

You should be able to take this blog post and the next, and from them both progressively improve a poor quality code base as well as engage a challenging client amongst challenging circumstances.

I’ve intermingled JavaScript, ActionScript, and Lua to help provide a variety of examples, show this list is technology agnostic, and provide corroboration of techniques across technologies. That and I miss coding Lua since I’ve been so busy and needed an excuse. This does have a strong focus with front-end languages, namely those which run in a browser.

Factory/Decoder/Parsing: Taking any kind of data, such as JSON or XML, and converting Â into something you need it for. This could be as simple as accessing properties on it to converting it to a completely different type of object, or even creating new objects from it.

Improving existing code can be done in 3 ways: handling exceptions, using a good architecture, using strong-typing if available, and following refactoring paths. The reason you use refactoring,Â especiallyÂ in a consulting/contracting context with existing code bases is that you’re not allowed to rewrite them from scratch. Thus an unwritten bequeathment ofÂ responsibilityÂ occurs between the code base and you: it now becomes your problem. Its failings become your failings. The insecurity it gives your client now has them project that insecurity, andÂ responsibilityÂ to remedy it, onto you.

I’m assuming you’ve already done a code review by this point to ensure you, or your firm, want to even getÂ involved. If you don’t but are still here, it’s probably because they’re paying you a lot of money to wallow in their mess. In that case, welcome to the suck.

The original definition of refactoring, referring to Martin Fowlers here, is making a small, positive change that has low inherent risk. This is done to ensure you don’t break anything. The theory is, over time if you make enough positive changes, you’ll make the whole code base positive.

Life is more complex than that, but the point here is that you use refactoring to affect positive change without breaking the code and looking like an idiot in front of your client and ticking off their customers. You do not make large, sweeping changes to the code base, even if they are needed. Take it slow and steady, 1 little change at a time. Some of the examples below are small (such as using strong-typing in place of Object and *), and some are larger (such as modifying your Model layer) are larger. Sometimes such changes you need help in tackling because it’s sphaghetti code; team refactoring can be invigorating and you get a lot more done, so don’t think you have to do this on your own.

When in doubt, make a small, positive change. If you take more than 3 days to make a change, abort.

Your first priority in refactoring should be handling exceptions or errors. It’s ok if you see how sausage is made in the meat factory, but it’s not ok if your client does. You can turn explosive bedlam into a controlledÂ spectacle. That’s right, things breaking can be made into looking like your in total control. Magic isn’t magic; it’s sleight of hand through distraction.

“Look at this pretty logging window created by our company to handle such situations. All errors are now known to us, when and where they happen. This awesome ability to report said errors amongst your staff, not just QA, but you, your customers… everyone, even while in production! No surprises or fire drills here… ALL at no extra charge.”

But how do we get there? Let’s start at bottom.

A lot of programming languages execute functions or methods in 2 modes: protected or omg-it-might-blow-up-we’re-hardcore mode. JavaScript/CoffeeScript, ActionScript, and Java for example use try/catch. Ruby uses begin & rescue. Python uses try/except. Lua uses pcall. Most languages have various ways to ensure that if code explodes, it’s done so in a controlled fashion. Additionally, some have global exception handling as well.

Exceptions are the first area of uncontrolled chaos that must be contained. No controlled refactoring can take place without tackling these areas first.

Architecture comes into play for large code bases, although, using it for small code bases can help you learn (albeit hard to appreciate as it’ll often get in your way of getting r done).

Architecture refers to how an application is built. It’s usually anÂ amalgamationÂ of design patterns used in a common way. For the sake of this article, we’re using architecture in a small sense of the word in helping move parts of the code to be more encapsulated, make things that break easier to identify, test in isolation, that sort of thing. While references to MVC/MVP/MVVM can get really esoteric and subjective, we’re not concerned with that.

What you need to verify with defining “good architecture” for you and your team is how it works, agree on approach, and ensure it helps you test things in isolation. If y’all agree, can be independently productive, and if something breaks you know where… that’s good architecture. Don’t get hung up on the definitions, get hung up on the contract on how things talk to each other, and that your team all agrees on that contract. This’ll come into play later in the next article regarding team synergy.

Not much to say here. Don’t use Object/*/Dictionary. If you do, wrap it with a strongly typed API or unit tests. Putting the burden on the consumer of those objects leads to lots of code. Lots of code == bad.

When you don’t have strong-typing (JavaScript/CoffeeScript/Lua), #moarUnitTests. For JavaScript use jshint,Â jslint, and annotations that various frameworks use to infer type like Google’s Closure compilerÂ for great justice.

Beyond the suggestions below + mentioned resources, you have to use your own intuition. Refactorings on their own are good but when done as a team effort in strategic areas, you can make greater headway, earn more trust from your client, and do more “relevant” refactoring.

There are some things you’ll know are right such as investing in a good GUI logger, making friends with IT, etc. Others, on what to fix first, how to support dual architectures in some areas, and how to portray transparency to your client… some of those are just experience. When in doubt, go with your gut. The less code of the choices, the better.

A good refactoring path allows you the ability to code right now, satisfy non-programmers for trust earning, with assurance you havenâ€™t coded yourself into a corner. It’s like a good marriage:Â compromise.

You’ll lose some battles. The goal is to win the war.

You’ll have detractors such asÂ who don’t have their Code License; knowing the rules before breaking them… or some who are just afraid. Some are ivory tower zealots who aren’t punished for getting nothing done (some are rewarded). Some have emotional scars from attempting to fix things, and are hesitant to do what’s right. This is usually when they know the value but cannot effectively articulate it to stakeholders (this is called a “software developer”). Some are just insecure and don’t believe in their own refactoring ability and thus hold you back as well (low D on DISC). Some think you’re full of it.

Refactoring is temporal. You are creating a positive change to last for awhile… but not forever. It’s ok to refactor something, then refactor it again later as long as you’re actually making an improvement upon a problem. If a ship is taking on water, the first thing you do is plug the holes with wooden spikes. Later, when the French stop firing at you and your hangover is gone from drinking all the wine you found on their now apprehended ship, you can plug the holes proper with a leather & tar mixture. Then once in dry dock, replace the planks.

Architecture is not temporal… but can be as well. You’re supposed to establish rules and guidelines on how you approach a code base. Sometimes, however, you can jury-rig a solution to hit some deadline, or get a build out the door for some managerial milestone. Later, you can re-assess. Sometimes, you’re initial hack is controlled; meaning you are writing throwaway code on purpose. In doing so, you can make it easier to fix later.

Architecture is generally decided upon by the team, and you move forward for the length of the project on it.

Refactoring is a strategy that can change daily.

Case: Access Control for Statefull Model Data Using Application Logic (English: you need to update some model data, and multiple parts in your application need to do this). aka, removing global variables.
Solution: Utilize Proxy Pattern or Command Pattern for single access (DRY), this ensures there is only 1 way to update your model data, inputs are validated. This makes it easier to debug who is calling/invoking it, and what data they are passing, as well as ensuring those who need to know about the change are informed.
Language: ActionScript

Case: Service layer has no input validation, is hard to test, and has no error reporting. Burden is on class user to wrap in try/catch as well as parse server response including knowing business logic. Finally, asynchronous loader is not a class member variable, thus potential memory leak + harder to debug.
Solution: Create a Service class that is easy to use, validates inputs, and logs errors. Encapsulates business logic.
Langauge: ActionScript

If you made it this far, and have managed to continue to maintain the above, congratulations! This stuff is icing on the cake. You can continue onto smaller scope refactorings, as well as continuing to increase your unit test coverage.

Remember, the most important refactoring you can possibly do is reading the code base for 1 hour a day, no more. Just 1 person. This is has more positive impact than good unit test coverage. Daily code reviews, even in isolation, areÂ extremelyÂ important. The earlier in the project life cycle, the better.

For further, positive refactorings you can check an older list by Martin Fowler, and this book has a ton of wonderful ones + tests as well. While a Code Review has decreasing value the more people you add in terms of defects found, the ability to learn & make positive suggestions for architecture are wonderful. If you’re alone, use codereview.stackexchange.com.

In the next article I’ll show you how to get help with the above… and permission.