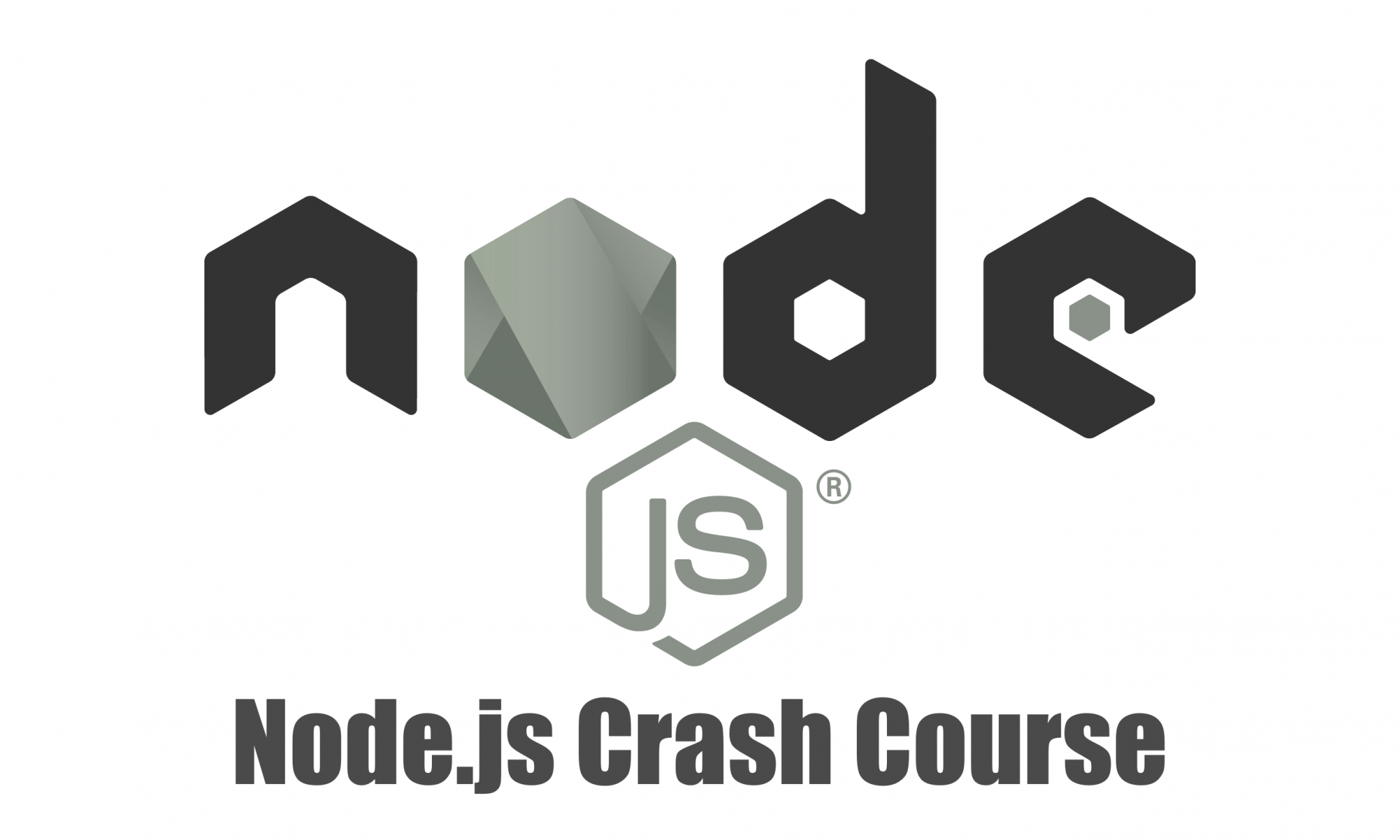 I’ve been doing Node full-time at work and noticed a lot of other people lacking a centralized resource to get up and running quickly. There are a lot of wonderful resources out there for Node, a Google search away, but hopefully this document should get you coding quickly as well as able to communicate effectively with other Node developers.

I’ve tried to write this list in order of most important things you need to know. Feel free to skip around.

Node changes often. To quickly change which version you’re using, install NVM. I’ve put nvm use stable in my .bash_profile so whenever I open a terminal, it uses the latest. If this is confusing or doesn’t work, simply download the latest installable from nodejs.org.

Open a command line and type node. To get out, on your keyboard press Control + C. While in the Node terminal, you can write JavaScript, and import modules to test them.

To run a JavaScript file, simply cd to the directory of the code, and in your commandline type node yourfile.js.

To share code, you use modules. There are 2 types of modules: CommonJS and ES6 (ignore AMD for now). CommonJS is what Node started with, and the Browsers adopted ES6. CommonJS modules end with a .js file extension, and ES6 modules end with a .mjs file extension. Node 9 will officially adopt ES6 modules, but for now, ignore that and focus on CommonJS modules since they work with Node old and new.

The easiest way is to define functions/variables, then at the very bottom, put ’em in a list.

When you have a higher module that imports a bunch of child ones, you can either enforce the user to require subfolders like:

Which is fine. Another way to suggest what the user should use is to only expose that in a higher module:

What is these weird, empty functions at the top of my file?

Where the majority of the code is in the … part, that’s called an Immediately Invoked Function Expression. It’s an old pattern used in client side/browser, and is not needed nor used in Node. Simply remove the top / bottom parts, and manually expose the functions/variables you wish to use.

If you see this version:

That’s a browser way if doing dependency injection, specifically to help remove global variables. While things like window and document are globals, global variables make things hard to test, so this allows you to pass those values in at test & runtime. Refactor the functions that use those globals as function parameters.

There are a variety of ways to define functions in JavaScript. The 2 most common ways in Node are old sk00l function declarations and arrow functions.

The old way of defining functions is:

The powers that these named function declarations have is:

None of those things are needed anymore, ecspecially in Node where stateful OOP doesn’t really exist in stateless server applications. That said, many developers still use classes.

Arrow functions have the following differences:

You should use Arrow Functions unless you know why you should be using older functions.

Typically you write an Arrow function with a parameter like this:

However, if you just have 1 argument, the () are optional:

While smaller, 2 new problems are created using lots of arrow functions. The first is, you can still have line length get pretty long as you try to put everything on one line. Some ESLint rules written by jerks yell about this. The second is you’ll start having functions return functions, ecspecially with Promises, and it gets unweidly to read.

You cannot break them to multiple lines after the equal:

But you can line break after the fat arrow:

This helps with nested functions since we don’t have pipe operators like Elm or Elixir.

Debugging 1 line arrow functions that are composed together can be a bit challenging. You have 3 options here.

The first is to break it out to a multiple line, imperative style function:

The challenge is to remember to use the return keyword to return the result once you go back to multiple line arrow functions.

The second option is to use an || (or) statement to log your info first. Since console is a noop (function that returns no value), it’ll return undefined, and trigger the code to the right of the || operator.

The third option is to use a modern IDE like Visual Studio Code that supports adding breakpoints on columns.

JavaScript has lax operators for Boolean evaluation. In short, they suck, hence we call them “truthy” and “falsey”. They aren’t very exact.

For example, this prints out “it’s true, homey”:

The same holds true for nothing using equality vs strict equality in JavaScript:

Ignore it and all the weird edge cases. Create predicate functions using Lodash, and your problems go away, and your code works in all browsers and in Node versions.

Comparison operators in JavaScript are broken. You can learn the differences if you care to, but they are too hard to remember and don’t really help you write better code. Don’t use 2 equals, use 3:

JavaScript, unlike other programming languages, is asynchronous by default. Learn more to understand how to avoid creating race conditions as well as helpful tips if you come from C#. If you’re from Scala, JavaScript’s Promises are like Scala’s Futures.

In short, JavaScript does not stop or “block” on a line of code while an asynchronous operation such as an HTTP request, file read, or database call is run. Instead, you can give it a function to call later when it’s done, and your code keeps running in the current call stack. I’ve written an article that hopefully gives you clear examples about asynchronous programming.

Either way, callbacks sadly are noops, meaning they don’t return a value. We don’t do that in functional programming, and neither should you. While newer versions of node support promisify, you should be using Promises because:

Best article to learn Promises is to learn how Promises are used wrong.

That said, if callbacks are easier for you, and you’re stuck with Promise based code, Node 9 has a way to convert them back to callbacks.

The basics of classes with inheritance work in the latest browser and Node without the need of a transpiler/compiler using ES6. The one caveat is scope. In Java, C#, and ActionScript 3 for example, functions from a class instance retain their scope when called. However, in Lua, Python, and JavaScript, when you pass functions around, they don’t retain what class they are attached to. The quick fix is to use bind.

However, transpilers offer a lot of nice features that, if you’re from an OOP background, it’s worth your time to check out.

For the basics, check out the Babel compiler. For a language, compiler, and simpler parallelism functionality, with runtime exceptions for non-prod code, check out Google’s Dart. For another great typed language with a helpful compiler, check out Microsoft’s TypeScript. Facebook has Flow in much the same vein.

Be aware, a lot of the marketing of the above tools target browser developers, but many work fine for Node. The beauty of Node is you “can just write code and run it” without waiting for a recompile, but for many, this isn’t a problem.

You have 2 options: use libraries or a transpiler.

For libraries Folktale v2 follows the Fantasy Land spec. Lodash has both functional methods as well as array comprehensions, and low-level JavaScript predicates. Ramda has many wonderful methods as well.

If the mutable state and impurity of JavaScript is too much, you can use Facebooks’ OCAML influenced Reason, or Haskell influenced PureScript.

To unit test, the 4 main test runners are Tape, Jasmine, Mocha, and Jest. I like Mocha. Mocha has an assertion library, Chai. For code coverage, use Istanbul. To prevent unit tests accidentally become integration tests making HTTP calls  and other http exceptions, use Nock. For mocking & spies (you poor thing) use Sinon. For integration testing, check out Supertest.

The first is to use the variety of console options.

My favorite is to pass objects with a String label in console.log like:

The second is to use breakpoints. My old manager, Brian Clark, has a great post on setting up Node debugging.

One Reply to “Node.js Crash Course”