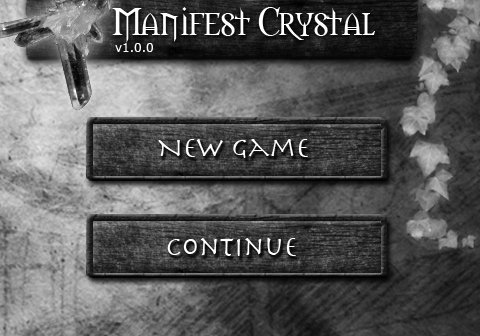 A group of 11 or so individuals come into contact with Manifest Crystals and come to terms with their new powers. Â They learn the true depth of humanity’s crystal exploitation as well as the ecological impact and purpose of crystals. Â They are tenuous allies with the military/government as they learn the truths, overcome some planetary threats, and work to stop the main antagonist.

I wanted to do an RPG, badly. It’s the whole reason I wanted to work for Squaresoft when I grew up. However, I really struggled to get excited about Moai. While they have grids and pathfinding built in, I just didn’t see how the low-level API helped me; what I’m doing is not that sophisticated in terms of GUI. Gideros had aÂ similarÂ fate when with their simplistic API that was missing some things I wanted from Corona. I looked at them specifically because their API is familiar and had bitmap features, like Moai, which Corona doesn’t have. Some tests I did of Corona last year moving large masked bitmaps were promising, so I figured I’d give her a go.

March was a no show. Not even a build.

First week I was extremely burnt out of #1GAM. I worked really hard for my February entry, so spent the first week fixing burn out: which means no computer.

Additionally, March is when taxes are due in the USA, so that was a lot of work as well aside from the normal quarterly state and federal filings

Also work was pretty rough in March. Lots of challenges in the code, working multiple projects with multiple developers; huge cognitive load that made me collapse at night with zero energy left for #1GAM. March is also the month when companies start hiring to close their 1st quarter budget or get plans for 2nd quarter, so fielded a lot of sales calls/emails.

Finally, I’ve been playing with my diet for fitness and health goals. That means 40% protein, 30% fats, 10% carbs + a 300 calorie deficit. This means 3 weeks of adjusting my head to the lack of carbs it needs to produce mad serotonin + being distracted by being hungry. That and I still struggle with getting enough sleep. Grumpy, tired me.

Not the best combination to tackle my hardest game challenge yet. At the end of the day, I prioritize work 1st, working out 2nd, and #1GAM 3rd so he’s the first to get cut from a busy life.

First, this is the 2nd time I attempted this game. The first was about 3 years ago. I picked the best people in the industry I knew at the time that I’d kill to work with, sent them a mass email, and laid out my plan. It was clear I could inspire, but not get people to actually do what I wanted them to do. Additionally, not sure everyone bought into the idea, and I think everyone wanted some more organization around tasks & milestones. That, and doing a game on the side is asking a lot of people who are A players in this industry and already have a ton going on. You need to provide key incentives. I think.

I tried to learn from that mistake and organize things a bit more,Â especiallyÂ since what I learned fromÂ JanuaryÂ and March is that even spending 10 minutes to write, organize, and prioritize high level tasks has a HUGE impact down the line. I know what I’m supposed to be doing, if I hit a brick wall or just get tired of a task, I can jump to another one, and if scope becomes a problem it’s easier to see what I can cut vs. keep. It wasn’t enough, though; I probably should have spent 2 days vs. 10 minutes. An RPG, even a small one that’s story driven like mine, requires a ton more upfront work as I’ve found. Twice, hah!

At this point I’ve been content producing horrible game art myself. However, I misjudged just how much and the varied types I need for this game. I struggled to reduce the scope because evenÂ minimalistÂ design still has the responsibility to evoking the emotions in the player the story is trying to convey and key junctures. I could probably pull it off, but without a full list knowing what was needed, and where, it was too much work for me and sabotaged my momentum on art days.

I got a lot of great code out of this. Although I only put in maybe 10, 1 hour days, I now have a ton of great converted from ActionScript to Lua and new code I can use to try again later this year.

I also finally managed to get a highly level scalable battle system that I hired aÂ mathematicianÂ to verify.

I really enjoyed playing with various menu systems on mobile devices, and built my 2nd pie / radial menu, taking many cues from Secret of Mana. I still haven’t gotten the Swype esque way of using it down, but it’s good enough even with just taps.

My tile engine performed just fine with large textures on crappy Android devices so that was promising.

Finally, I learned yet again a ton whilst coding and designing and writing. Just a lot of little things that all add up to make even this failure totally worth it.

I’ve yet to see myself over plan. It’d be nice to make that mistake and see results.

I really should put a budget together for an artist to handle most of the game art, and I can handle the GUI well ahead of the start date at least to get discussions going. It was such a huge percentage of my time this month and required some iterations to get right both for story and technical reasons. I fail to see how I can do it all myself. Reducing scope is out of the question, so maybe I can write a different story to test all the engine + code out first for aÂ separateÂ game, much like Square did back in 1995 (scrub to 11:45) at Siggraph making 3D FF6 characters to test out the FF7 3D engine for the upcoming Playstation 1. It’d make a good tracer bullet, not sure how fun though, we’ll see.

Yet again I’ve proven even failures results in tons of good, reusable code and a lot of things learned.

I think I’ll postpone my next RPG attempt for June or August for a variety of reasons. First, I need some more practice getting teams to work together; would really rather tackle it NOT by myself even if it’s just an art + audio sub. Second, it’ll be summer then, and I’ll be outside more. While I’m taking Vitamin D supplements (yes, no dairy + no outside == deficient), by then the pool will be open and I’ll be taking the girls their daily. That and carbs will be 50% of my diet. Those’ll up the mood. Third, I’m burnt out on involved game mechanics, I need to fall back to my roots to get rejuvenated: app development.

April: A health and nutrition game both to educate people and get them eating better. While games like this exist, it’ll be more app like so that’s something I excel at, and it’ll help me to continue to learn about nutrition which I’ve been learning about on the side for awhile. Making this a game sounds fun.