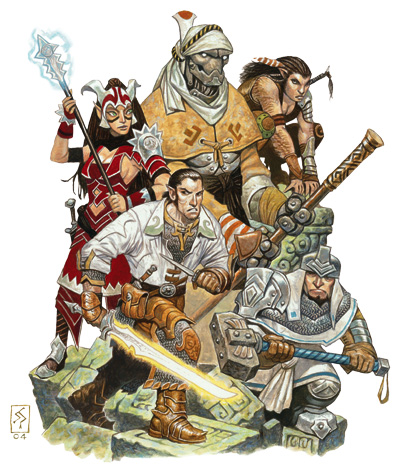 I was planning to wait a week to ask, but I am already getting emails from groups and individuals planning events at the Adobe MAX 2006 conference 2 weeks from now.  To ensure everyone has fair time to plan their days I figure I’ll ask now to give people ample time and options.

Does anyone want to play a game of D&D in the Eberron setting some time at MAX?

I’ll be the DM of course.  We’ll be running one of the low-level modules for the Eberron campaign setting.  You’re welcome to use a pre-made character from any race and class, but she must be 3rd level or below.  Eberron specific characters a plus!  Additionally, I’ll roll up some pre-made characters for those who’ve never played or don’t have a low-level character handy.

I know times are tight.  Sys-con‘s doing something October 23rd, Monday night that I want to try to make.  Ted’s doing MAXUP’s during the day, and I’ll have to be a booth-boy for Universal Mind when I’m not speaking parts of the day, so that really leaves dinner time Saturday, Sunday, and Monday .  I think I’m speaking twice at the end of the day Wednesday.  I doubt there will be time during the day.  I’m leaving Thursday night kind of early.  I’m open to multiple nights in case there is interest since modules sometimes take multiple gaming sessions to get through.  I need to check this weekend what else my company had planned, but I’m pretty sure nights are open.  Adobe is running parties from like around 5 – 7pm Monday, Tuesday, and Wednesday nights.  I’ve also got something different planned Tuesday eve’ as well.

My experience with conferences is that every night is full of too much stuff to do.  Not to mention the fact we will be in Las Vegas, party central.  For a lot of people, this is purely business so they’ll end up meeting someone in their industry they view as a peer or potential client, and go out to dinner.  Others are people who’ve known each other online for years, but are only now meeting face to face. 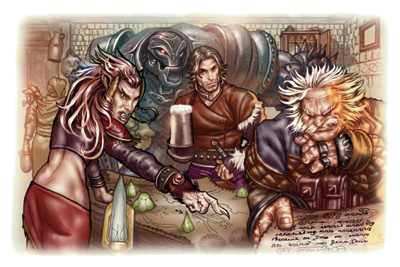 Therefore, I’m totally cool with people playing it by ear.  If you don’t want to commit till 2 minutes before, no problem. If there ends up being no time to play, no problem there either, just seeing if anyone is game.

I can only run a 6 person game, so if you are interested, let me know either at jesterxl@jessewarden.com or jesse.warden@gmail.com and we’ll see how it goes.