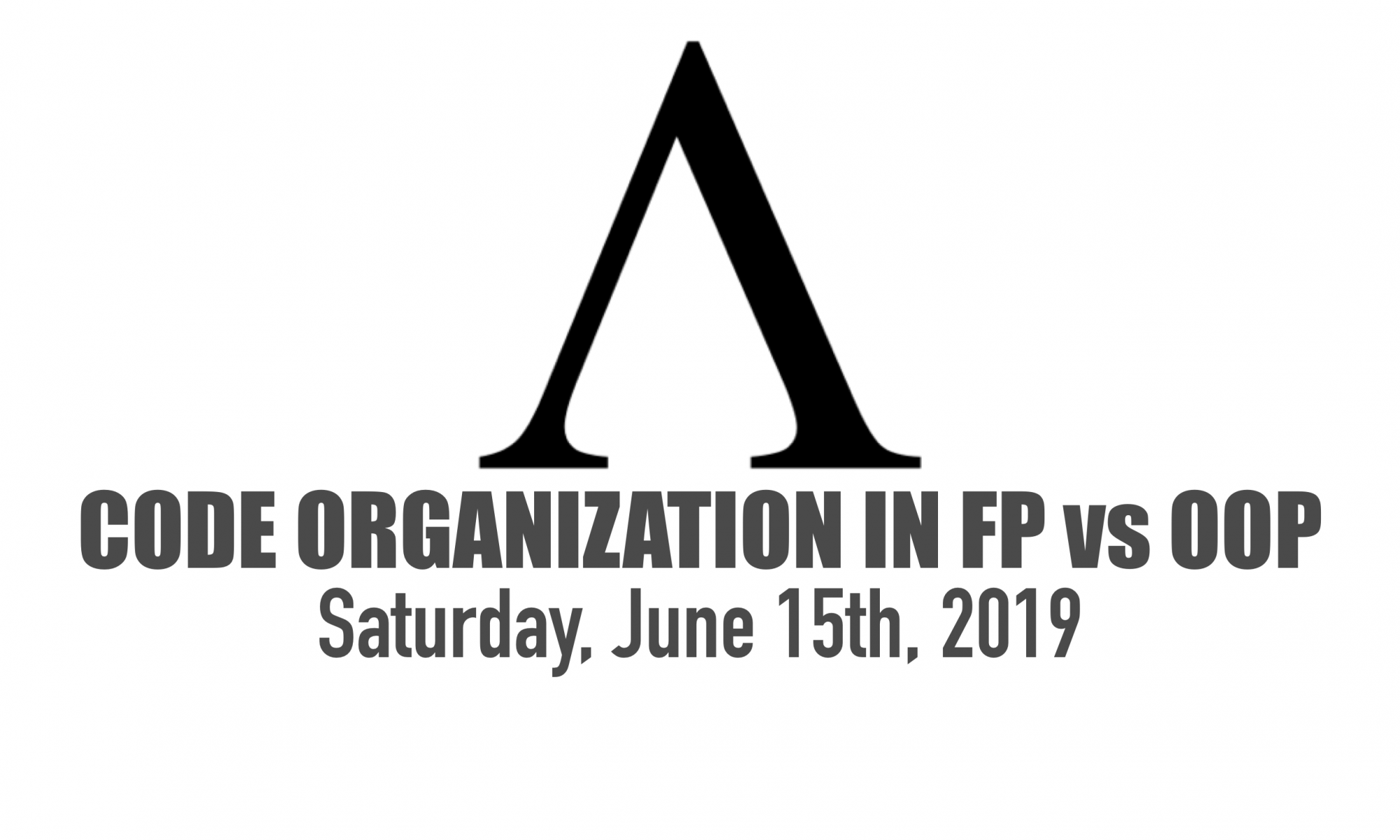 A co-worker asked about code organization in Functional Programming. He’s working with a bunch of Java developers in Node for a single AWS Lambda, and they’re using the same style of classes, various design patterns, and other Object Oriented Programming ways of organizing code. He wondered if they used Functional Programming via just pure functions, how would they organize it?